NetLD has an internal program that allows you to alter what the command runner will expect as a response for a given command. You can use it both Smart Change/Command Runner.

Also, the pragma will only take effect for the single command, if there is another command that changes the prompt elsewhere, then you'll need a separate prompt program set for that command as well. 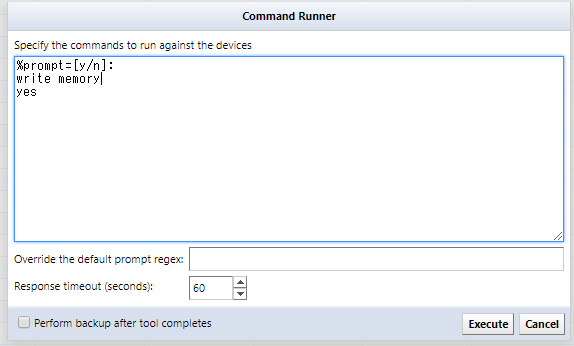